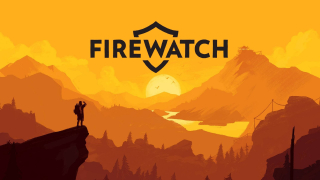 Dear Jed,
Ever since 2012, I’ve been an instant convert to the ‘walking simulator’, a reclaimed derogatory term (much like ‘queer’) that ill-advisedly reinforces two notions that we would be better off without: firstly, that ‘simulation‘ is the best descriptor for the aesthetic qualities of videogame fiction, and secondly that violent videogames are ‘murder simulators’. We should resist any temptation to go down this line of thinking, but nonetheless ‘walking simulator’ is the term that has stuck, and it is a perfectly serviceable descriptor.

If we put side to side the artgame achievements of the walking simulator, broadly construed, it marks bold new possibilities for the media that share the name ‘videogame’, new paths that in no way invalidate (and indeed, help illuminate) our more familiar player practices. 2005’s The Endless Forest – Tale of Tales’ landmark ‘massively multiplayer screensaver’ – not only led to thatgamecompany’s Journey but revealed new potential for the encounter play that had been inherent in table top-role playing games but had struggled to find expression in any visual form. Ed Key and David Kanaga’s Proteus, perhaps my favourite game of this century, turns walking into a magical experience using only the tricks of the nature documentary and a cunning alliance of sound and vision. But it is perhaps The Chinese Room’s Dear Esther that especially helps shed light on contemporary games by being built upon the skeleton of an FPS yet stripped of its guns and violence. It delivers a wondrous ghost story whose thin play seemed to open the door to new narrative possibilities in videogames by denying the necessity of challenge – for which it had to be ostracized as ‘not a game’ by legions of aesthetically conservative players.

But... what happens next? It is a matter of some importance to me whether we are talking about a few momentary blips in the otherwise predictable flight plan for videogames, or the start of a movement, style, or genre that would stake a claim for the new, or else regress into familiar territory. Gone Home, despite its popularity, had disappointed me both by resorting to puzzle-solving (and thus defaulting back to well-worn adventure game territory) and by being more interested in its bait-and-switch twist than in its characters, relying on political posturing rather than following the story where it led.

Such is the prologue to this two-part letter I have wanted to write to you for quite a while. August 2015 saw the release of The Chinese Room’s follow up to Dear Esther, which I will discuss in the second half of this missive. For now, let us fast forward six months to February 2016, and the release of Firewatch, the most hyped walking simulator to date, soaring on the back of the popularity of Telltale’s The Walking Dead by virtue of inheriting part of that company’s writing team. You pretty comprehensively slated Firewatch in your review in October 2016, so you could be forgiven for assuming I wish to defend it – and I suppose in part that I do – but not, on this occasion, because I disagree with anything you say. Rather, I feel there is merit to the game beyond its rather shocking array of flaws.

The biggest surprise for me in Firewatch is that it was made by people with a background in game development, since playing it I would have sworn that at least one Hollywood screenwriter was involved in the writing process. From top to bottom, almost every design decision seems to flow from that shallow perception of the merit of games shared by most screenwriters, namely an array of choices presented to the player, none of which express any tangible agency at all. The player’s greatest option for self-expression is which cap to wear next – and since these are encountered one at a time, the answer is of course ‘all of them, as you find them’. It is very much that kind of game: the team know everything the player is going to do in advance, except which photos will be taken on the disposable camera, which of course has no effect upon anything. Even deciding where to watch the sunset in a GTA game feels more involved.

Alas, I cannot disagree with your assessment of the story overall, which seems to attempt the same sort of bait-and-switch as Gone Home, except in Firewatch the illusion of an absurdly implausible conspiracy is revealed to be an even more ludicrous situation that strains credibility far more than the game story can hope to bear. Despite this, the dialogue (as you admit) is actually rather good, and the voice talent delivers it well, even if the ‘choices’ offered are largely meaningless throughout. Add to this an attempt at a genuinely mature theme, namely the horrifying situation facing someone whose spouse develops early-onset dementia, and I would defend Firewatch in spite of its abundant weaknesses as a genuine attempt to escape the infantile storytelling standards of videogames where ‘mature’ is typically a phrase used to warn about the kind of humour that amuses teenage boys. That it falls below the standards we would expect in literature, theatre, or film ought to be weighed against the very possibility that such a comparison could be entertained, however fallaciously. Hitchcock it certainly isn’t. But at least it aspires to be more than a recycled action movie.

The most disappointing aspect of Firewatch is also something remarked upon in your critique: that it purports to offer you hiking in the wilderness, yet our character is entirely incapable of doing more than walking along pre-prescribed pathways. I found myself endlessly galled at the thought that someone who has chosen a life outdoors would be unwilling, much less unable, to scale rock faces even my youngest son would find unchallenging. No, out of some mistaken commitment to a concept of immersion rooted solely in animation fidelity, the game constantly uproots its plausibility by making the player climb the same rock objects again and again rather than let them for one moment experience the wilderness as something wild. And yet my experience of national parks in the US has often been of this kind of ‘packaged nature’: pre-prescribed paths in a ring-fenced theme park for nature. Hiking on trails outside such spaces offers a wildly different and far more rewarding experience, but in selling us the shrink-wrapped version of the natural world, Firewatch is only echoing the conceit that lies behind a great many such places in the United States, entailing the same kind of lie about humanity’s relationship with the world around it. It is unfortunate that the game does so in earnest, and thus can make no deeper point about the artificiality of these stage-managed encounters with the wild.

Yet despite this glaring and saddening failure to offer any freedom to the player, or any authentic experience of hiking, there is something astonishing about Firewatch that does not even warrant a mention in your discussion: this world is beautiful. Lighting and colour is used throughout to create breathtaking vistas that almost make the player forget (or perhaps, fail to notice) the unnecessary constraints imprisoning all movement to the official pathways. If we let ourselves exist in these manicured spaces solely through our eyes and ears, if we ignore all the pretensions of the story, if we set aside our gall at two female ‘characters’ whose primary purpose appears to be to titillate male players with their overemphasised yet unseen nudity, if we just enjoy the sights and sounds of the forest presented to us, Firewatch is triumphantly beautiful. To not mention this – or perhaps, to fail to suspend critical judgement long enough to allow yourself to enjoy this – is something akin to a critical failure. Thus while you avoid the traps of other reviewers in your insightful and accurate criticism of the game’s failings, I think perhaps that you also fail to appreciate why the walking simulator can be so powerful an aesthetic experience. I do not doubt you have an explanation, a reason this aspect of the game does not work for you – yet I fear at heart it is simply that you have not allowed yourself to engage with this game in a way that would make this appreciation possible. You are so perceptive about the myriad failures of artistry in the media we call videogames, I wonder sometimes if your critical insight is also blocking you from appreciating some of our greatest successes too.

It is a theme I also wish to pursue in the second half of this letter.

Next week: Everybody’s Gone to the Rapture

A Republic of Bloggers letter written to Jed Pressgrove of Game Bias and Stop the Pressgrove. Feel free to join in with our discourse via comment or blog post.