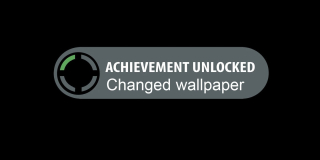 A Peter Gabriel song, subtitled "Milgram’s 37", laments that “we do what we’re told, told to do”. The inspiration for this song was Stanley Milgram’s infamous experiments about conformity to authority, where 37 of 40 participants were willing to hurt or even kill others as long as someone told them to do so. Nowhere is this tendency towards blind obedience clearer than in videogame achievements.

By ‘achievement’, I mean goals at a meta-level to the game world, such as PlayStation Trophies or Fortnite Challenges. Sometimes unlockable content is tied to completing the goals; sometimes it is attaining the goal itself that is the reward; other times (as with Xbox) a score accumulates as these achievements are completed. It really doesn’t matter how it operates - because whatever it might be, we do what we’re told, told to do.

The vast majority of players are in support of achievements - they like having more things to do in their games... For me, achievements are symbolic of ‘the gamification of games’, a ubiquitous layering of tasks over a play that is otherwise free. We gleefully cede the unadulterated freedom of play for clear instructions of what we should be doing, and what we should be doing is what we are told to do.

Back in 2011, I argued that commercial game development was dominated by guns and goals, and that artgames would need to either avoid or subvert these ‘props’. But I did not anticipate that this unholy alliance might further intensify, with publishers finding ways to sell them to younger players, and extend the scope of goal-completion indefinitely, creating infinite treadmills. Meanwhile, the closest artgames have come to subverting goals is light comedy, like The Stanley Parable or Ian Bogost’s Cow Clicker. Maybe goals are resistant to subversion precisely because we do what we’re told, told to do...?

This perhaps seems not worth worrying about, just some harmless fun. But how harmless it might be depends upon what is being excluded by this monomaniacal focus upon completing tasks devoid of meaning. True, creativity has not been extinguished; Minecraft and other games channelling Lego have successfully kept some space for self-expression - even Fortnite offers a level editor entirely outside of its Challenges. Yet when entire generations of players are being inculcated into blind subservience to arbitrary goals, should we not allow ourselves at least a scintilla of fear that the Enlightenment dream of self-governing humans is being traded away for entertainment?

We do what we’re told, told to do. We’re told to complete the tasks, conditioned to tick all the boxes. Our desires and motivations are being accidentally subverted, absorbed into the virtual and deflected away from the actual. It’s not done maliciously... but that doesn’t mean there are no risks entailed. Why strive for anything worthwhile when you can get the fictional satisfaction of a job well done just by doing what the game tells you to do...?

A Hundred Cyborgs, #80, the final part of a ten part mini-serial on Gamer Cyborgs.