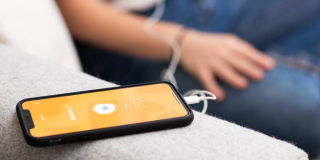 I keep getting ads from HeadSpace, promising to teach me how to cope with the stress of daily life, “decompress my body and mind”, or even to sleep better. By signing in on it or other similar meditation apps, I could get programs for just about anything, from pregnancy (Expectful, $9.99 a month) to orgasm anxiety (Sanity & Self, $4.99 a month). The science (there’s always “the science”) backs it: “it's been shown that just 30 days of Headspace resulted in a 32% decrease in stress”.

Meditation apps arise from several trends of our techno-fetishist societies: first, “the marketplace of attention” described by James G. Webster; second, our commodification of experiences and self-care; third, our over-reliance on smartphones; and last, our attempt to deal with SBNR (“spiritual but not religious”) modes of spirituality. If brands have to fight for our attention, what better product to sell than attention itself? And what better way to do it than to make this experience as dependent on technology as possible?

Meditation apps and gadgets attempt to reconcile our fascination with technological salvation (“technology will save us!”) with our suspicions of the digital (“we need to go back to the time before technology!”). Muse S, a “research-grade EEG device” (i.e. a headband) “passively senses your brain activity and translates it into the guiding sounds of weather to help you stay calm & focused”. By wearing it, you can become an enlightened cyborg in touch with nature - it can’t be artificial if it has sounds of weather.

The official site of Muse S has a section for “corporate wellness”, bringing us to Ronald Purser’s McMindfulness: How Mindfulness Became the New Capitalist Spirituality. Purser’s book argues that traditional mindfulness practices have been co-opted by capitalism to make employees self-monitor their inner lives and hold them accountable for their own well-being. And to do so, they have removed the whole ethical system behind these practices and reduced them to tools of psychopolitics.

The kind of mindfulness put forward by platform companies is frequently sold as a technique for the self, as “Buddhist practice without Buddhism”, but this sectioning doesn’t hold up: Buddhist meditation is always connected to ethical precepts and virtues such as compassion, equanimity, wisdom, or proper conduct. One can meditate without Buddhism, but without ethics? Without cultivating virtues needed in an interconnected reality? Eihei Dôgen, the founder of the Sôtô school of Zen, talked about the “dropping off of body and mind”, which sounds like the opposite of the focus on the self at the heart of “appified” mindfulness - or at least, the opposite to the “brain orgasm in just 3 mins!” promised by the app Mesmerize.

I don’t think meditation needs to be anti-technological, but it surely doesn’t need apps. One way to describe zazen in Zen Buddhism is “shikantaza” (只管打坐), which means “nothing but sitting”. A cushion, loose clothes, and any kind of timer are more than enough to do it. And it surely can be practiced by virtuous cyborgs.

A Hundred Cyborgs, #83 by Victor Navarro Remesal, a part of All-Comers April.