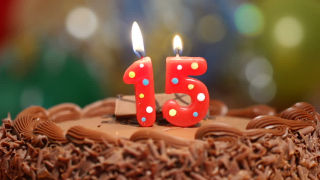 Cheers! Thanks for reading!

I've never had time to read blogs anymore. Part of that owes to the fact that I work for 'old media' - print newspapers. I also work for an organisation that works with what used to be called 'new media', and now is just called 'digital'.

I miss the old days of blogging, but the climate has changed so much, even since 2014 when I started working in 'old media', the terminology is out of date to 2020's climate. I think maybe its comparable to how games had moved across generations, but maybe had lost something along the way.

Thanks Michael! Although I doubt I have another 15 years of life left in me at this point... I'll be happy to be proved wrong about this, though! :)

I too greatly miss the old days of blogging, as I'm sure is apparent. But I cannot give up blogging, it is the only thing keeping me sane most weeks. And what is there to replace it...? Nothing. There are new media forms that supplant it, but nothing comes close to doing what blogs could do. I find it quite distressing.

Sorry to have missed your anniversary. Congratulations and here's to another 15 years!

(p.s. I have started using an RSS newsreader again after probably 10 years and you are re-subscription number 4!)

Thanks Matt! So glad RSS isn't dead...although when I open my newsreader, it's mostly my blogs that have new content. :(