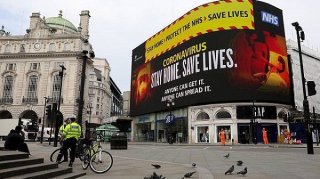 The lockdowns triggered in response to the SARS-CoV-2 virus are the most extensive attempt to manually reconfigure our cybernetic networks since World War II. In both cases, changes were justified in order to ‘save lives’ (an emotive but oft misleading slogan), and in the case of the lockdowns, it now seems that everyone treats the regularly reported fatalities attributable to the virus either as proof of the emergency or evidence of government negligence. The sole thing held up as a counterweight are economic numbers, as if only numbers could oppose other numbers, as if deaths and money were directly comparable measures.

The catalogue of damage caused by lockdowns, meanwhile, are inadmissible because they are unquantifiable. Thus while it is forbidden (rather than, say, grossly insensitive) to observe that most of the casualties in this pandemic have been vulnerable elderly folk who had survived several consecutive mild flu seasons, the harm caused by withdrawal of medical services, the severe mental health impact, suicides, or the myriad other negative consequences of lockdown disruptions can be simply ignored and dismissed, just as we routinely ignore and dismiss the million annual automobile deaths that are entirely preventable yet not worth discussing. The one thing we can say with confidence about these lockdowns are that their full impact upon human flourishing is entirely unknown and cannot possibly be calculated, such that every blowhard mouthing off one way or the other about what everyone else got wrong reveals themselves as, well, simply human and not in fact possessed of any great insight upon this partially self-inflicted calamity. Beyond all the other examples of shallow-sightedness I’ve discussed, the lockdowns seem truly beyond our capacity to fully comprehend.

What of the moral and behavioural effects of lockdowns? Here is a strange case where positive and negative aspects flow into and around each other. Some families have been brought closer together, yet some couples have been torn apart. Neighbours in the UK have forged solidarity through ritual clapping, whilst also making pariahs out of those who are “letting the street down” by not participating. Likewise, mask-wearing (despite unresolved disputes among epidemiologists that it is verboten to acknowledge), has on the one hand demonstrated the universal love some profess for all others - and then utterly undermined that through the vehement scorn directed at all those who question masks, regardless of their reasons.

It is said that the spirit of the Blitz brought out the best of Londoners. Lockdown has seemingly brought out both the best and the worst in everyone. It has also disconfirmed Alan Moore’s hypothesis in Watchmen that humanity could be united by a common threat. COVID-19, like the fake alien attack on New York in that comic, is a monster provoking stage-managed fearfulness - stay at home or suffer the consequences! Yet we are not united, except in our blundering compliance to these lockdowns, within which we continue to squabble like we are not brothers and sisters, but rather our own worst enemies.