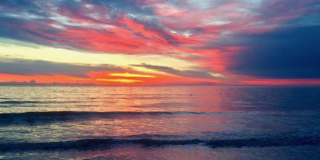 I am still gearing up for blogging and such, and not yet on top of anything (least of all Twitter, which I've not touched since early November). I have some philosophy of science pieces ready to run, but I need to get my head into my work a little more before I can start kicking things off here at the Game.

I confess, it was not my intention to go back to philosophy of science - The Mythology of Evolution was the one project I had intended in that space, and that was motivated by political diplomacy. I see now that the tension between the sciences and politics alluded to by Bruno Latour is far more problematic than I had previously imagined, and that if there's any hope of rescuing the Kantian project of living together, it is not only in the evolutionary sciences that we shall have to be careful not to mistake fantasies for facts.

So we'll have something of a mini-campaign on philosophy of science in the back-end of the Winter, and depending how long it takes to wrangle the drafts I'll be moving into political philosophy with Rethinking Intellectual Property in the Spring. Watch this space!

Hi Chris, I just found your name on page 87 of 'Reality is Broken' by Jane McGonigal and then found your blogs. It's really interesting material you cover. I'm a very un-academic person and the only books I've ever read for the purpose of learning would be Rollings and Adams on Game Design, A Theory of Fun by Raph Koster and now Reality is Broken.

For the last 20 months I've been committing myself to game design quite heavily, probably an average of 30 hours a week. In this I find I'm learning a lot about psychology and communication, perception, bias and how our personalities can lead to different interpretations of the same thing. Many other things too, its a very diverse pursuit with relevance to many aspects of life.

It's all very interesting stuff and I'm enjoying it a lot. In my writing I'm focusing a lot lately on the balancing between the concise delivery of my point / argument / observation in balance with the surrounding 'flesh' that's there to convince the reader of it's validity. This is something I think is present in these books. You look for the core point being made and then the rest of the test is to support it.

It would be great to talk with you about whatever, if you ever wanted to. I try to neither fall into extremism nor fearful self-moderation when it comes to discussing things now, instead aiming for effective discussion and communication on understanding and experiences. It can be hard to find people who are both good communicators in this sense and also motivated to produce results from their discussions beyond simply giving their opinion and leaving it at that.

I'll link a book I'm writing on what issues I see in modern societies, maybe that could be a talking point. I completely understand if you don't have time to look through it though, its just covers things I've always wanted to talk about but have never been confident presenting on social media, which is where most of my social interactions occur (not by choice). Here's the link for my book;

Thanks for all the blogs you've shared, it's very interesting material and I hope I can find time to look through it all!

Hi Aaron,
I am always up for discussion through text. If you have a blog, you can write me a blog-letter and I will reply with near-certainty, as I am committed to this form of communication (what I've called 'virtuous discourse'). If you don't have a blog, comments will also more-or-less guarantee a reply.

Turnaround becomes slow when work gets busy, and I take two social media breaks a year, but otherwise writing to me all but guarantees a response. If you want to talk to me privately for some reason, there is a contact link at ihobo.com that will get through to me, although not rapidly.

If you want to talk to me face-to-face, well, I am also up for this. But I am not a fan of digital calls, even though I have been forced to accept them recently for obvious contextual reasons... I rely on pubs as my focus for conversations. Which has been tough over the last year.

I'm less likely to read a monograph or text that you're working on; that feels a bit too close to work (I audit videogames with my consultancy, I peer review papers and books for academic institutions on the side because... well, I don't actually have a good answer to that!).

What my blog is about is sharing ideas and building bridges between diverse ways of thinking and being. Having people engage with the ideas is the purpose of the exercise, hence the commitment to replying. Whatever you want to talk about, there's a fair chance I have something intersecting here that you could attach a comment to - and as I say, I am always open for blog-letters.

Many thanks for your time and interest,