Kicking Off
Manifesto for Welcoming

Galileo vs the CDC (AIER) 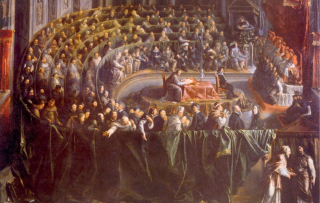 The AIER has graciously run a piece I wrote entitled Galileo vs the CDC, which looks at the damage done to scientific process when we censor disagreements through the context of Galileo's struggle against institutional authority. I wrote this piece thinking it was unpublishable in the current political climate, so I'm very glad the AIER were willing to take it.

In effect, this piece is a spin-off from the current Magical Science campaign I'm running on Only a Game, and I must say its nice to have a philosophy of science piece run somewhere other than my own backyard. Here's an extract:

It is this schizophrenic clash between our faith in scientific methods and the unseen yet immense complexities we thus tend to ignore that lies at the heart of the key question we must ask about contemporary scientific research. Once we step beyond merely believing and begin to understand that the work of the sciences is much more fragile than we tend to expect, we may come to recognize that the institutional power that oppressed Galileo is as much a threat to assembling a true picture today as it was in the 17th century.

Check out the entirety of Galileo vs the CDC over at AIER.