Manifesto for Welcoming
Five Choices (1): The Science vs Research

A preface to Five Choices, a Philosophical Reflection on Scientific Knowledge 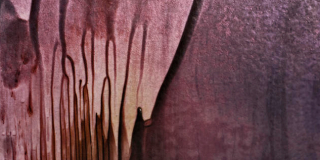 At a time when we are told there are no choices, that what must be done is known and certain, it is impish - practically blasphemous! - to suggest we have choices. But we always have choices. What we often don't have are good choices.

In the short serial that follows, Five Choices, a Philosophical Reflection on Scientific Knowledge, I offer a series of five choices in how we approach the production of scientific knowledge.

Reading each choice it may seem as if no reasonable choice is actually entailed, that if we accept my premises we must make the choice that, clearly, I am arguing for. And this is precisely the point - the trick, even. For given that on all five choices we already somehow chose the unthinkable choice, something must be seriously wrong with our collective thinking on scientific knowledge to have made not just one horrible mistake but five dreadful and ghastly mistakes.

And of course, the reason we choose the unthinkable choice in each case was precisely that it was not presented as this choice at all, but as another choice, a choice where there was no choice. An infernal alternative, as Isabelle Stengers and Phillipe Pignarre put the matter: "Wherever an infernal alternative is constituted, politics gives way to submission, and even those who resist may be trapped, that is to say, may define their opposition in the terms fabricated by the alternative."

If I am successful in reconstructing these non-choices as non-choices of another kind - of a kind that reveals that there always was a choice and we merely made bad choices and called them unavoidable, it may hint at a secret path out of the political labyrinth we have found ourselves imprisoned within. Only it is not much of a secret... it is so blindingly obvious that, incredibly, we did not even consider it an option. We could choose to uphold our prior ideals, ideals we have been told remain important even while we are instructed that they have been completely trumped (pun intended) by urgent crises that require us to pack them away until that jam-tomorrow moment when these self-inflicted amplifications of catastrophe are over.

Mary Midgley, as ever, saw the risks of such bizarre salvation narratives when they become falsely associated with the work of the sciences. Writing in 1992, she remarked:

Science really is a wonderful thing, and human beings really are wonderful creatures. But there are other wonderful things and wonderful creatures in the world as well. To exalt science properly is to show it in its place among them, not to send it off to an unreal, isolated pedestal among the galaxies. The true value of science is something that is only insulted by tagging it with the offer of pie in the sky. Nor can that offer restore the meaning to life, if indeed meaning is lacking. If it was wrong for religion to make capital out of offers of this kind, it is no less wrong for science to do so.

I stand ready to escape from the oubliette. I hope some of you will come with me.