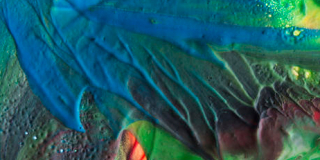 How should we deal with misinformation? We have a choice. One approach is to accept disagreement, to let people share their perspectives even if they are wrong, and thus to tolerate arguments as an essential part of democracy and free speech. But if we do this, we run risks. People may be misled into doing things that put them at grave risk, or even that put everyone in danger. People may be incited into extreme acts that undermine democratic institutions. People might even be lured into hating their neighbours for their differences. Can we bear to undertake such risks?

We have a clear alternative: censorship. We can say that whenever the consequences are sufficiently severe, we are obligated to draw a line in the sand against disinformation and prevent it from being disseminated. We could form a media power bloc - say, a Trusted News Initiative - and get all the tech companies controlling social media, and all the major players in the journalistic media to agree to prevent the dissemination of misinformation. In short, we can unite the most powerful forces in communications technology to enforce censorship in order to prevent misinformation from being spread.

But this too carries risks. The nature of scientific process is built upon disagreements. Despite the simplistic orthodoxy of 'hypothesis, experiment, theory', the production of scientific knowledge is not a sausage machine that you simply crank the handle to reach conclusions. On the contrary, a fairer caricature of the process would be 'competing hypotheses, triangulation of evidence, validation of theories' - and in all three stages, disagreement is essential to success. In the absence of disagreement, we are in danger of drawing premature conclusions based on incomplete evidence, and thus treating provisional hypotheses as robust theories without the painstaking work required to assemble an accurate picture.

Applying censorship to active scientific research topics is not a way of defending scientific knowledge, it is a method of completely preventing its production. You simply cannot stop the spread of misinformation without knowing what the true state of affairs is, and you cannot know this without permitting the disagreements that allow the sciences to conduct effective research programmes. And given that every theory in the sciences is provisional until all objections are eventually resolved (a process that typically takes decades), there is never a viable point at which censorship could plausibly be in the service of scientific truth.

If you resort to censorship, you make it impossible to know the true state of affairs. As a result, people may be misled into doing things that put them at grave risk, even that put everyone in danger, such as prolonging widespread panic. People may be incited into extreme acts that undermine democratic institutions, such as reneging on civil rights agreements. People may be lured into hating their neighbours for their differences, such as whether or not they have taken a vaccine. Can we bear to undertake such risks?

Next week, the final part: The Experts vs the People 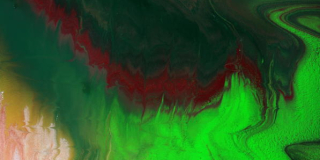 How should we try to look after ourselves? We have a choice. On the one hand, we can choose health, and therefore try to find ways to maintain and encourage good health in all those we share the world with. This is the difficult process of finding ways to balance whatever gives us pleasure and enjoyment with whatever harms are associated with it. It is not a one-size-fits-all situation; even if I know that I need exercise, companionship, and sustenance, what works for me in this regard need not work as well for someone else. Living for good health means wrestling with situations as complex as humanity itself.

Fortunately, there is a far simpler approach to the problem of living: we can declare war on disease instead. If we call 'disease' whatever causes harm, the problem of how we should live becomes far simpler, since all we have to do now is minimise disease. Unlike good health, which requires us to think about humans in the context of their minds and lives, minimising disease seems amenable to a simple calculation - does this cause more disease, or less? If it causes less, that is the option we must choose. All other considerations can be rescinded, or at least brushed under the carpet - even the impact of this choice on other diseases is all too frequently ignored once the order to charge is given.

But this negative policy of disease is a chimera. Disease is always hiding in shadows, and it is never as clearly defined as when it is painted by those who insist we are obligated to wage war against the invisible enemy. 'Disease' is a book of names that is always open for additions, but the naming is not the problem. It is the presupposition of disease that we might question, for once we commit to replacing the problem of good health with the Sisyphean task of fighting diseases, every problem becomes deceptively simple. Here is another disease, what can we manufacture to fight this disease...?

Alas for proponents of this infinite medical crusade, good health is not merely the absence of disease. At best, limiting disease is a component of good health - and how great a contribution it might make we certainly shall not discover by treating disease as a war we are obligated to fight on all fronts. For unless a battle, a disaster, or an accident claims your life you will eventually die of disease - to think otherwise is merely to deceive yourself. As long as you approach the problem of life from the presumption of arresting disease, failure is inevitable.

There is another way: to choose to pursue good health and thus enter a strange and ambiguous world whereby your physical and mental well-being are yours to claim and discover. Paradoxically, committing to fighting disease is not a path to good health at all, but merely a means of escaping thinking about it. For as we always knew, disease is not another name for health, but rather its diametric opposite.

Next week: Censorship vs Disagreement 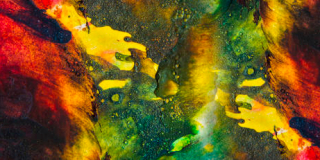 Where should we place our trust if we wish to help humanity flourish? We have a choice. One path is to commit to scientific practice to give us means to evaluate our options for living. Through the laborious work of investigation, disagreement, and eventual consensus, the sciences give us means to parameterise the options available to us. We can, for instance, compare different treatments for a particular kind of cancer in order to determine what is effective in comparison to no treatment - and this latter option is much more important than we sometimes recognise, since from the point of view of scientific work, taking no action must always be compared to taking action if we want to be sure that the conclusions we are reaching are valid.

There is an alternative path - technology. We have tended to think of the relationship between science and technology as akin to cause and effect: first we conduct The Science, then we build The Technology. And there is some truth to this understanding, for revisions and expansions to our knowledge attained by the meticulous work of researchers do indeed open up new possibilities for creating tools. But technology, as Martin Heidegger realised, is not just a name for our devices but rather an enframing philosophy of instrumental means. We back-project the name 'technology' onto windmills and ploughs, but when we evoke this name today we are ordering the world to our purposes. Through our commitment to technology, all things become resources for our exploitation.

To think of technology and the sciences in tension feels strange, given how we have learned to view one as a consequence of the other. But if the core philosophy of the sciences is to patiently construct the truth of any situation, the core philosophy of technology is to produce superior means for exploiting all available resources - including humanity. Have you never wondered why so many organisations can name a department, without a trace of irony, 'Human Resources'...? The vital question becomes whether exploiting humanity and the world as resources can indeed serve human flourishing rather than, say, rendering it impossible. Technology offers us an alternative to human flourishing: ever greater technical power.

What does it mean to choose between technology and the sciences? It is the tension between exploitation of resources and answering questions about the effects of so doing. Thus if we choose 'technology' we can (for instance) claim that cars get safer as we add more safety equipment, whereas if we choose 'sciences' we can determine that 1.2 million people still die from road accidents irrespective of those modifications, while the environmental damage associated with their manufacture and operation remains unrelenting. If we choose the sciences over and above technology, we are obligated to look our cyclopean monster in its eye and can scarcely reach any other conclusion than that technology, far from saving us, has raised us up so high that we can see our own extinction from here.

Next week: Health vs Disease