Enjoy the Silence
The Beautiful Closed World of Shenmue III 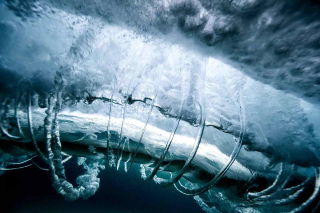 With my Spring social media break behind me, I'm back to writing. However, there's little I can do with my philosophy right now. The conditions for 'thinking together' have been disrupted so radically that even if I were to make the attempt to work through the immediate problems, it's not clear anyone would be able to join me on that journey. This problem is wider than myself, it is a problem for philosophy as a whole - one tied up with the 'end of continental philosophy', which is in itself part of a far greater problem in contemporary human thought... There has been a break in the continuity of knowledge that might already be beyond repair, although the possibility endures as long as our books and libraries remain.

And yet, I need to write. So with this in mind, I have decided to undertake a side project that empowers me look back fondly on the era of human rights (1948-2011) while basking in the fading glow of an optimism for humanity's future that still heartens my soul. So I invite everyone with any familiarity with Star Trek: The Next Generation to join me for WAM TNG, a weekly substack that boldly goes where we've already been... only slightly differently. Here's an extract from the welcome page:

I'm going to write about TNG from a perspective that is all about the production of the show, with a focus on three aspects:

W is for Words, the words being used in the script and spoken aloud have a meaning in the world of the story - words like 'transporters', 'shields', and 'Q Continuum' all mean something specific in the world of TNG. Word like this are exceptionally important in science fiction, in a way that they are not important to comedy and drama of most other kinds.

A is for Acting Roles, the people who speak the words, and who ask us to imagine characters in the fictional world of the story. So important are the people to what we imagine, that a Star Wars movie feels legitimate just because it has hired the right cast to perform it. We, the nerdy viewers, are interpreting what they do in the world of the story - but they are just performing the script and reacting to the other actors and actresses.

M is for Models, Make-up, and Mattes, these SFX props do most of the work of crafting a sci-fi setting. For a Star Trek show, they create the races and locations that provide the great deal of the dramatic tension and interest in what's unfolding. Every spaceship model, every latex make-up design, and every matte painting has a vital role in each story they appear within.

In addition to WAM TNG, I will continue posting content to ihobo.com and Only a Game - I have three scheduled already, one of them (gasp!) about games! - but I have no plans to undertake a large campaign like 100 Cyborgs or Magical Science again, nor do I currently have any further plans for books or video content (although this will change eventually). However, I absolutely welcome comments on anything and everything that has ever run on any of my blogs, and I invite anyone and everyone who wants a discussion about any topic I have ever written about to start a conversation wherever they wish. I would especially welcome engagement with the Ascenturian Saga, but all topics are now and forever open for discourse.