The Barbed-wire Labyrinth
August on WAMTNG

The final part of a three-part memorial for human rights. 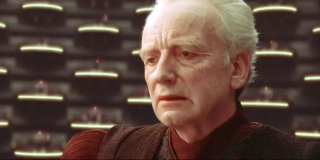 What do rights look like after human rights? I do not mean here to talk about robot rights - how silly to worry about rights for robots when there are no longer rights for humans! There is no way back to the Old Republic of human rights any more than there is a path that would return us to the regime of the Rights of Man that preceded it. But this does not mean that rights are lost to us forever... it is entirely possible we can reach a third accord, a new conception of the rightful condition. Yet this remains impossible until the New Empire is dismantled, and most people still have no idea that we have traded the souls of our nations for a false promise of safety and security that will forever lie just beyond our reach...

The problem we have to solve now is how a third accord of rights could be achieved when continuity with the line of thought that gave us both the Rights of Man and the Old Republic of human rights has been entirely severed. Both these regimes were founded upon religious-inspired philosophy combined with an unprecedented breaking with prior tradition. The Rights of Man expressly reconfigured the theology of divine rule to afford a place for divine Man (again, a gender neutral term in its day). Human rights were expressly secular, which is to say, immunised from belonging to any specific religious tradition - but those who founded them were indeed religious. A common thread of universal religious thought ran through both eras, permitting the impossible task of a universality only attributable to God united with a relative judgement tied to the conscience of each individual.

This synthesis of the universal with the particular was the unique achievement that made human rights not only possible, but capable of rendering the notion of God entirely ambiguous, a kind of theological Schrodinger's cat. Human rights permitted each to follow their own conscience, which meant that each person would have their own conception of God's truth. But in allowing for both the universal and the particular, human rights permitted the godless the same privilege as the devout - equality in either the eyes of God, or his absence, whichever happened to apply. This divine cat both exists and does not exist... The trouble is, God served a far greater role in this compact than it first appeared. For once 'the One is not', the question of how to secure truth becomes problematic.

The political 'right' claims that truth is universal, and therefore that particular claims of truth must be judged against that universal truth. Put another way, they deny moral relativism, because their faith in universal moral truth transcends such equivocal allowances. But on this path there can be no human rights any more, because the freedom of conscience that these agreements depended upon has been lost - and the political right seems to have no suitable answer to their own inadequacy in this regard. In truth, the right could easily revert to the old solution - believing in the universal, but acknowledging the necessity that individual conscience must be allowed to approximate that universality. Oddly, they cannot seem do this any more. I confess to finding this comparatively recent shortfall utterly mysterious.

The same issue appears on the political 'left' in reverse. The left goes directly to moral relativism and thus rejects the universal, claiming that nothing can possess the status of absolutely true. But this too leads to a contradiction, for this amounts to claiming that the relative itself possesses universal status - such that we are obligated to accept moral relativity with the same dogmatic certainty that the religious traditions afforded to the universal. Anyone who has not drank from this poison chalice can readily see the utter certainty that now fuels the political left - far from rejecting the universal, they have made its rejection their absolute truth. For this new left, the only universal human right remaining is to be particular, and to this creed we are all expected to swear fealty.

Both sides are tied up in conceptual knots and yet between them they manage to constitute the two ironclad wings of the New Empire. What's more, each is constantly empowering the other by increasing the authority of the institutions they are fighting over. Whichever faction seizes control of this careening, uncontrolled political juggernaut has complete conviction in it. The pronouncements of the Empire's agencies become indisputable truth, even though they change all the time, despite no change in the evidence. We are living through George Orwell's fear: “If the Party could thrust its hand into the past and say of this or that event, it never happened - that, surely, was more terrifying than mere torture and death.”

The left wing of the Empire denies the universal yet still manages to assert it through media narratives of its own choosing - the environmental misdirection of the climate change rhetoric, the persecution of the unvaccinated, the culture war that sets classical women and trans women at each other's throats... Certainty is paradoxically being asserted by those who deny the universal. Does the new left truly believe the mad things they insist are beyond dispute...? Both possible answers are terrifying.

The right wing of the Empire denies the particular yet strangely has now decided to defend it through a renewed commitment to free speech and freedom of thought that previously seemed to scarcely matter to them. In power, such liberty was seditious; in exile, it suddenly becomes necessary. The people who gladly declared essential a literal and figurative war against the poor and racially disadvantaged both at home and abroad now paradoxically assert the ambiguity of what their opponents claim as necessary. Where was that doubt when you were wielding the bloodied sword...?

How can all these incomprehensible contradictions be? It is because the political left and the political right are the fractured remnants of the very ideal that gave us human rights. It is the ideal of the citizen who is bound to a people and belongs with them (the politics of the right), yet is also an individual free to dissent because they are permitted their own conscience (the politics of the left). Each side of the divide is at some point guilty of the sins it accuses its counterpart of perpetuating - if not today, then tomorrow, when the wind changes. Whatever one side takes up as its banner, the other must rally against. Each division is driven into its own madness through its hatred of whatever it currently happens not to be.

And if this is so, if indeed nothing has changed in the human condition except the extent of the dominion that first the right, then the left, seizes through the institutions of power, then the secret of the New Empire is exposed at last: power not only corrupts, but it accumulates. We have made a kind of political perpetual motion machine. So of course, whichever faction holds the sceptre at any given time cannot avoid doing evil, yet as long as they remain in opposition they have some hope of expressing their virtue. In this most uncivil of wars, the power the enemy accumulates is always unjust... but when it changes hands, it still will not be given up. So each Emperor permits more evil than the last.

The third accord can thus follow only from an act of forgiveness that reconciles these two bitter yet oddly interrelated camps, and in so doing restores the integrity of the common image of the human. Only this might allow some possibility of a restoration of human rights, or whatever it is that would follow instead. It is unnecessary for the factions to agree, which is just as well, as this is unthinkable. It is only necessary that they absolve one another of those crimes that have been bitterly remembered. Only then can these affronts come at last to be forgiven, such that all the good hidden in those other ways of being can once more be seen. For we can never be citizens while we are at war with our neighbours.

If you think this awesome reconciliation impossible, I sympathise - but this is the monumental task that falls to those of us who know that the Old Republic of human rights has fallen. The Rights of Man began with bloody revolution against the crown. Human rights agreements required the horrors of the World Wars. And are we not also lying amidst the ruins of a disaster worthy of forging our own new peace...? For if we are not, then know this with grim certainty: only a greater disaster yet to come can open a path to the third accord. I hope and pray that our wisdom may yet prevail against our vengeance.