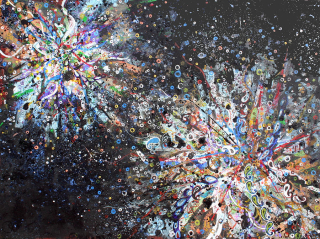 Democracy is something more than one person, one vote. It is perfectly possible to reign tyrannically and still grant a vote to individuals, as many a dictatorship has shown. Democracy used to mean that we all shared equal rights, but the Old Republic has fallen, and we cannot get back to it from where we are. Still, we ought to strive to understand why it failed. One key reason the era of human rights ended was the emergence of a new political tactic for claiming 'emergency powers' as a means of usurping democratic rule. This boondoggle can make any nation into an overnight tyranny, simply by claiming that experts are certain that extreme measures must be deployed. Thus expert power is antithetical to democracy, when it is understood as the equality of citizens. Yet expert advice is vital to democratic life. How do we resolve this contradiction...?

Experts are a form of elite, those that are appointed their status through academic achievement rather than by birth. It may be worth noting that when these intellectual elites first appeared, in the preceding centuries, every one of them was born into elite status. Nowadays, it is no longer permitted that we think like the Victorians did about the superiority of the 'gentleman' - a theme that Charles Dickens revolted against again and again in his novels. We are supposed to know today that noble birth doesn't automatically make us into better people. Yet this same mythology lives on, it has just been recast as meritocracy. Today, those born into money and status routinely ignore the tremendous luck involved in their circumstances in just the same way that the Victorian gentlemen salved their consciences and stoked their egos with their own arrogance. Believing in meritocracy means that power, status, and wealth necessarily flow to the worthy. Therefore the fact that I have power, status, and wealth becomes the evidence of my worthiness.

Against this facile implementation of the ideal of meritocracy, the left-leaning academic community have quietly revolted in disgust. The ivory tower crowd have managed to come up with a supposedly brilliant new alternative: equity. Correctly recognising that meritocracy ignores the tremendous disparity in starting circumstances, this new ideal of equity sets about to attain equality of outcomes. No longer will people be judged on their merits, now it is just a matter of determining who is disadvantaged and giving them more advantages, a kind of sports day handicapping system based upon... well, our whimsical perceptions of disadvantage as far as I can tell. This new equitocracy is directly opposed to meritocracy although, ironically, both are supported by elites, albeit of different political flavours. Pragmatically, equitocratic rule does not undermine the power already possessed by elites, it merely chooses an arbitrary subset of the non-elites in the echelons below to bestow advantages .

Yet regardless of which form of appointment we prefer (merit or equity), we still leave open the path to expert power. It seems we would much rather accede to our own stupidity than work together to overcome it. This brings us back to the themes of last week's discussion of equal stupidity. We are all, I claim, equally stupid, because while we each will (which is to say, commit) to learning various different skills, every individual has numerous blind spots that are best defended against by pooling our intelligence. What's more, our desires distract us... even where we are skilled, the things that we want can disturb our good judgement. All the more important, therefore, that we do not rely on individual experts to make important decisions but have mechanisms for pooling our intelligence, such as open scientific discourse.

Neither appointing expert power on the basis of merit or appointing it on the basis of equity is anywhere near enough to defend against our equal stupidity. For all that equitocracy is opposed to meritocracy, it is far from obvious that it is an improvement upon it - and this will either sound obvious or blasphemous, depending upon where your political desires have been drawn. Diversity hires may seem like a way of 'helping' minorities, but if everyone knows that experts are appointed for the identity boxes they check rather than their expertise, it undermines trust in those experts and exacerbates existing prejudices ("they were only hired because they ticked such-and-such a box"). What a ludicrous mistake to make!

Unavoidably, both meritocracy and equitocracy are equally stupid, and for the same reason: people have stacked their own stupid on top of people with the same stupid, instead of being open to criticism from those with a different stupid to contribute. Somewhere between the elite tautology of meritocracy and the reshuffled Marxism of equitocracy lies a way of living together that everybody might plausibly will. But instead of working out what it is, we have decided we would rather just let our political desires draw us into the lazy pathways of oh-so-many painfully stupid political conflicts. Again.

The inevitable, the unavoidable truth that this leads to is that censorship is incitement to stupidity. For whenever we appoint experts to adjudicate and do not allow for the debate to determine the wisdom and intelligence of what is proposed, we are aligning our equal stupidity to create dangerous blind spots. Political factionalism is the engine of staggering ignorance that has led us to this bizarre future world where our technology is unthinkably advanced and our problem-solving is asinine. Or, as Einstein put it: "Perfection of means and confusion of goals seem to characterize our age." The strongest defence against our equal stupidity would be to pool our equality of intelligence together. Why don't we want that...?

I know the objections this will rear up. "But such-and-such a person believes such-and-such!" Yes, but so what...? Open debate is the greatest crucible for distinguishing desire from will, for overcoming equal stupidity, and for benefiting from the equality of our intelligence. Do you really think open debate will lead to public health policy being dictated by those who believe viruses don't exist, or maps being drafted by flat earthers, or history being written by Young Earth Creationists...? Or is it more likely that being able to freely hold such debates might in fact allow us to pool our equality of intelligence to overcome those ways in which we are all equally stupid.

The truth that has remained hidden from us for so long is that reasonable objections take many forms, and it does not require an expert to raise them. If a particular course of action bankrupts a great many small businesses and transfers money to large corporations, is it not wise that a democratic society should listen to the objections of those running those small business...? And this is especially so if those who have been granted expert power are in fact swayed in their desires by the incitements of wealth that inevitably accumulates around the large corporations. This seems to me to be one of two ways of explaining the abject failure of the CDC and FDA in the last two years, the other being that its experts were distracted from open scientific discourse by their mere political desires. Most likely, it was both.

If there is a way to combine meritocracy and equitocracy, it must begin by tempering the excesses of expert power with the open debate that is the lifeblood of authentic democracy. Social media might provide an ideal forum for doing so, if only we could just stop letting 'experts' determine what is or isn't permitted to be spoken. The law already gives us the boundary condition we need - incitement to violence. Everything else is intellectual gerrymandering, a grotesque opportunity for those who happen to express their equal stupidity identically to destroy our collective intelligence, both scientific and otherwise. The moment we grant anyone the covert expert power to adjudicate what must not be said, we abandon democratic ideals. Censorship cannot empower expert knowledge, it merely inflates the risks inherent in our all-too-human stupidity.

We ought to take from meritocracy the idea of expert advisors requiring suitable expertise rather than meeting arbitrary identity checkboxes. But we ought to take from equitocracy the vital necessity of keeping the pathways to success open to everyone, regardless of their circumstances. Hiring the same kind of people increases the risk of stacking up the same kinds of stupid, while authentic diversity enhances our collective intelligence. Besides, changing how experts are appointed merely shifts whose power matters, it does not solve any significant problem we are facing. What is required instead is an equality of objection, the freedom to speak out against whatever form of stupidity is being allowed to manifest. It is time that we demand again our once-sacred right of free speech from each and every space of discourse, for only free and open debate can truly defend against the manifest dangers of our equal stupidity.

The opening image Cell No.7 by Angela Canada-Hopkins, which I found here. As ever, no copyright infringement is intended and I will take the image down if asked.