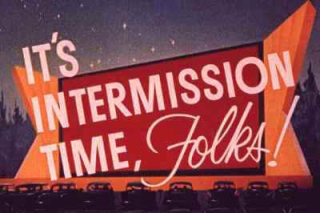 We've reached the final ten cyborgs in A Hundred Cyborgs, but before I tackle the culmination of this unexpectedly epic campaign I want to take a short break from the 500 word format to go back to the classic Only a Game style of 1,500 to 2,500 word pieces exploring philosophy from an accessible point of view, or dipping into media in various ways.

Partly, this is because I haven't picked the final ten yet, partly its because I'm oddly not ready to end the project despite having spent two years (!) on it at this point. My notes include dozens of cyborgs I've not pursued and presumably never will... choosing just ten to finish is proving an interesting challenge.

So for the next month, sit back and enjoy a return to Only a Game as it used to be - once a week, longer essays, and - as always! - discussion always wished for and seldom granted.

Stay tuned for the first 'classic style' piece, How To Disagree, tomorrow!

Away at Develop this week presenting The Narrative Design Survival Guide, so I'm pausing Arcade Cyborgs for a week. I hope to get some blogging in at ihobo.com while I'm in Brighton, but we'll have to see how it goes.

Today is Only a Game's fourteenth birthday! I'd like to take this opportunity to thank everyone who has supported my blogging, both here and over at ihobo.com, as well as my book and game projects, over the many years that have passed since I first threw myself out here. It is no exaggeration to say there would be no point to anything I do if there were not readers and players to engage with it. For this, my unlimited thanks to you all!

Back in two weeks - I will reply to comments then. 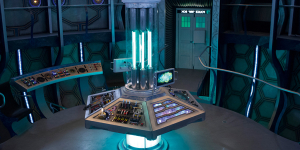 While I am reconnected with social media at this time, various matters (some of which I shall post about shortly) have interrupted the normal cycle of blogging for me and as a result it might be longer than expected before I can return to A Hundred Cyborgs. In the meantime, I am still stopping by to check for comments, so feel free to wade in on any topic of interest.

Seems that Typepad has an outbreak of gremlins in their authenticators, so it may not be possible to comment (I certainly can't...). I've flagged it to TypePad and hope for a swift and vengeful solution.

If you just saw a post about game design lineages... that shouldn't have gone up until tomorrow. Temporal powers asserted!

Just need to update that book announcement, since the date has changed and I’m using it as my pinned Tweet on Twitter. Nothing more to report, I’m afraid… still busy – but Babette Babich has my edits to the new dialogue, so we are getting closer to another fascinating adventure of Babich and Bateman. Stay tuned!

Apologies for the slow running of comments, new content etc. but I’ve been travelling all over the place and am also swamped with various projects. I am progressing with Babich and Bateman III… hope normal service will resume soon! (If you’ve left a comment, firstly – thank you! – secondly, I hope to get back to you later this week.)

Whoops! The link is wrong. Please try The Dependent World instead.