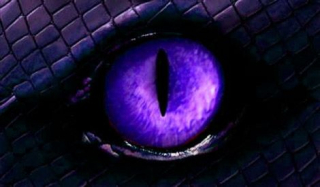 Returned from my blissfully disconnected Autumn social media break, but hopelessly behind on everything. I shall catch up on comments here as soon as I can, and we will return to A Hundred Cyborgs  from Tuesday next week.

Back in 2005, thirteen years ago today, I began blogging. I have often written about what a transformative experience this was for me, and also about the tremendous value I place upon blogging as a practice – indeed, as recently as the end of May this year, I was talking about why blogging is more cybervirtuous than other forms of social media. When I started, I could write every day, but at the moment the demands of my jobs and family make this difficult. Still, I try to offer something every week at least, except when I’m taking my Spring or Autumn social media breaks. I blog because I want to express myself, hone my thoughts, and share my ideas. And I blog because I want to change the world and I want to achieve that by changing myself first of all. To everyone who has participated in ‘the Game’ over the last thirteen years, my infinite and unlimited gratitude.

If you are a stalwart of Only the Game, please support it by buying The Virtuous Cyborg and leaving a review on your blog or an online bookstore. Thank you!

Welcome back to Only a Game, the musings and nonsense of game designer, philosopher, and author Chris Bateman! I am busily weaving my magic behind the scenes, preparing for a host of new blog pieces exploring historical game lineages, cybervirtue, and more besides, not to mention gearing up for the promotional tour for The Virtuous Cyborg, which is coming out this March. Some things to look for…

See y’all in the corners of the internet! 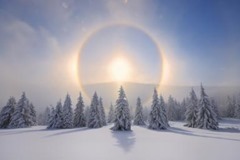 The Winter Solstice, the oldest of the religious festivals at this time of the year, and the origin of a great many of the traditions of Christmas, and thus too the traditions of its more widely-celebrated successor Swik.

The shortest day and the longest night… small wonder this time of year is peak time for depression. But don’t let your demons get their talons into you… there’s always hope, always a chance at rebirth. The days will get longer, life is eventually renewed, and every volcanic devastation is followed by a wild season of bloom.

A new dawn is coming, and beyond it another, and another, and so on and so forth until the last syllable of recorded time… Macbeth wields this metaphor to express his weariness with life – but nothing stops us from taking this repetition in another direction, as Nietzsche attempted. Maybe life is indeed a tale told by an idiot – by many idiots, actually! – but that cannot also mean it signifies nothing.

Only a Game returns in the Gregorian New Year.

Have thoroughly enjoyed my Autumnal Social Media Break – so much so, in fact, that I don’t particularly want to come out of hiding (nothing personal, entirety of the online world!). However, it has to happen, and I’ll be back to blogging next week with the first of a small set of Winter blog-letters.

If you left me a comment, I will get back to it shortly; if you left me spam, I’ll be deleting it very soon… I might rejoin Twitter tomorrow morning (1st December) or I might put it off until next week. But ‘I’m on my way’, at the very least! 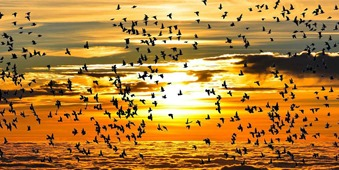 It is time once again for my autumnal social media break, a chance for me to exercise my cyber-restraint, pay less attention to my pocket robot’s distractions, and peer more deeply into the world around me. When I come back in early December, I have a small handful of blog-letters to share before the Winter Festival hits – mostly on or around game topics, and following on from discussions that have already happened here or at events I went to this year. I have room for one more that I haven’t started yet, so if you want to write a blog-letter to me while I’m away it would be more than welcome.

Then, as the Gregorian New Year comes around again, it will only be two months to the release of The Virtuous Cyborg and I will be gearing up for the book’s launch events. I will be touring, so if you would like me to come for a guest lecture or other speaking gig please get in touch through the contact link at ihobo.com, or directly if you already have my email address. So far, I am focussing on the UK but a US trip is always on the table and Europe is only a short trip away even if the current political climate makes it feel more distant.

To everyone who has continued to support the discussions here at Only a Game, my unlimited love and gratitude. Enjoy the silence, and we shall speak again soon.

The Game resumes in December.

Although I have been robustly overworked in recent weeks, I have managed to break ground on the editing for the final segment of the Babich and Bateman dialogues, this time looking at Nietzsche, music, and the psychological tricks of corporations. I don’t know when it will be ready (September is my guess), or how many parts it will be, or which tangents will get added between now and this putative future moment, but all will be revealed in good time…