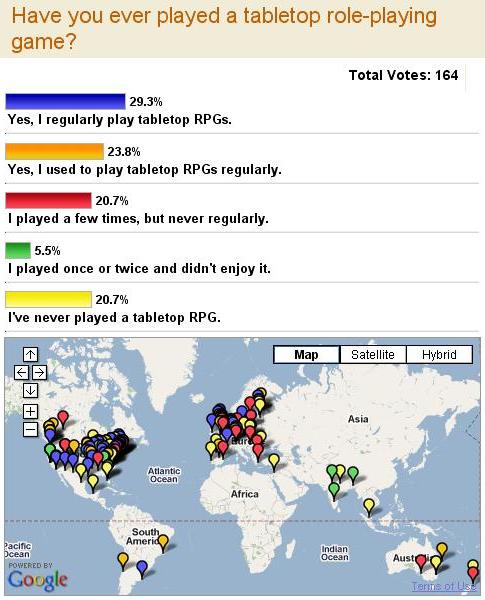 I'm curious as to how widespread the tabletop role-playing game hobby is these days; in the hobby game shops of the US, there's still a reasonable amount of shelf space allocated to the big names (principally Dungeons & Dragons and World of Darkness), but how many people are actually playing them?

This poll seeks to answer the question with the characteristic inaccuracy of a self-selected internet poll!

Feel free to discuss the poll in the comments. 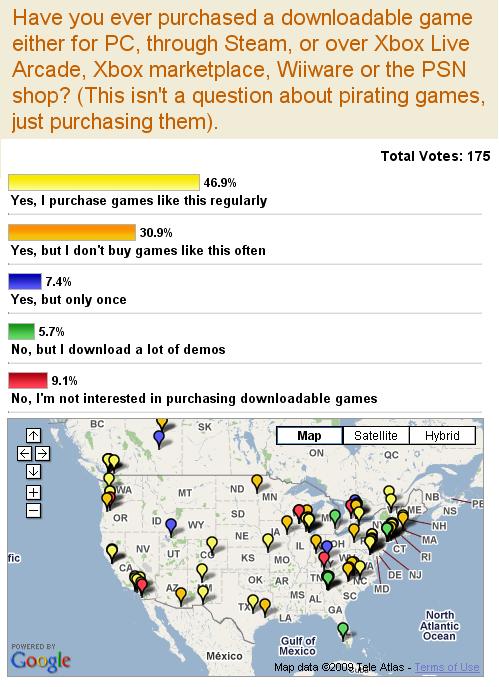 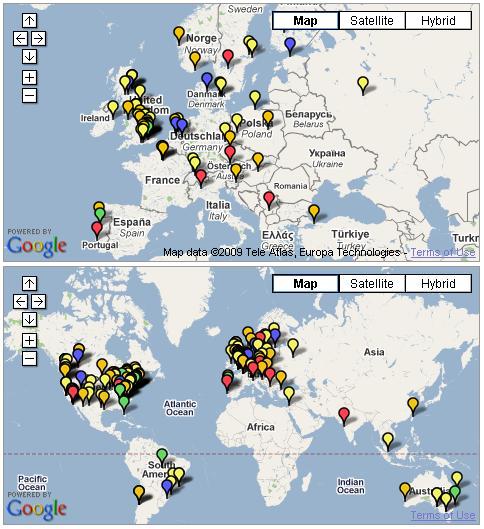 How often do you purchase downloadable games? Are you a regular Steam user? Do you buy games from Xbox Live Arcade every month? Do you like to spend your money in the PSN shop? Or are you a retro-gamer who likes to raid Nintendo's back catalogue on the Wii? Wherever you're spending your money on downloadable games, we want to know! 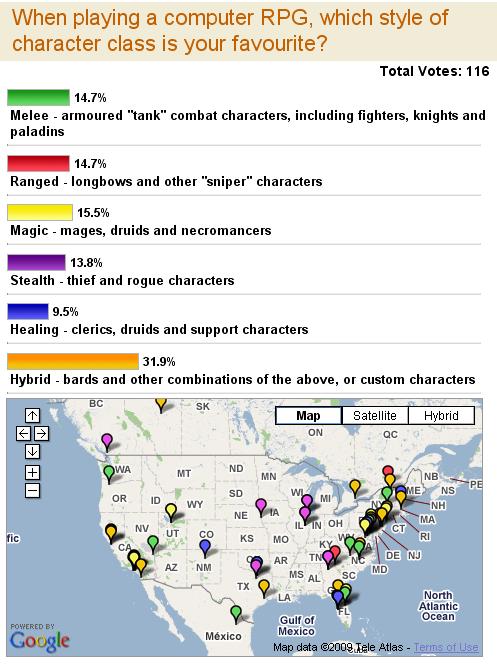 When you play a computer RPG with classes, which style of play appeals to you? Do you like to get in close and personal and hack at the enemy with melee weapons, or lurk at a distance and pick them off with bows? Do you prefer the power and versatility of a mage,  or perhaps the sneaky thief or rogue classes appeal to you? Or maybe you like characters strong in healing and support? Perhaps none of these classes appeal to you, and you like hybrid classes like a traditional Advanced Dungeons & Dragons-style Bard, or maybe classes aren't your thing at all and you like to create custom characters?

This poll is about how you prefer to play cRPGs - choose your answer, and you can let me know your thoughts in the comments here.

For some time, I've been wondering whether to move the poll reports to ihobo, but I've decided to keep them here for the time being. The poll itself is on all my blogs, except Shadowtail where it would be decidedly out of place!

Results of Poll 13: Failure in Videogames 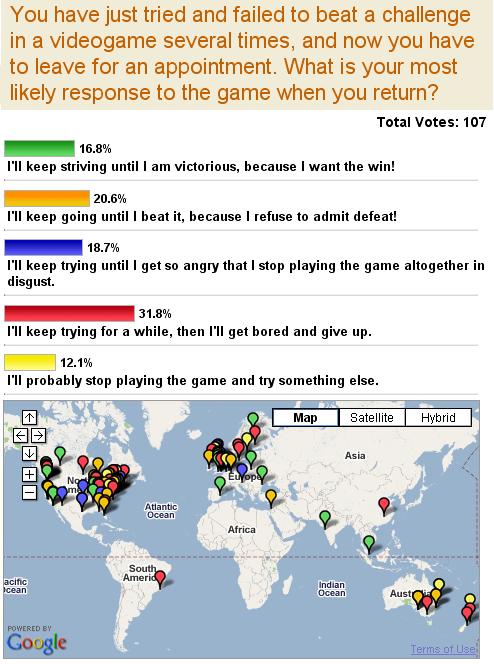 This poll asks you to consider how you react to failure in a videogame - do you continue to push for victory, do you fight on because you don't want to feel that the makers of the game have beaten you, do you keep trying until you're too angry to continue, or do you just get bored and give up?

As ever with polls, it can be hard to abstract to a single answer, especially as different games will produce different reactions. I suggest simply looking at the answers on offer and picking the one that you feel best describes your behaviour in this context and not worrying about the niggling details. No-one knows how you play games better than you do! 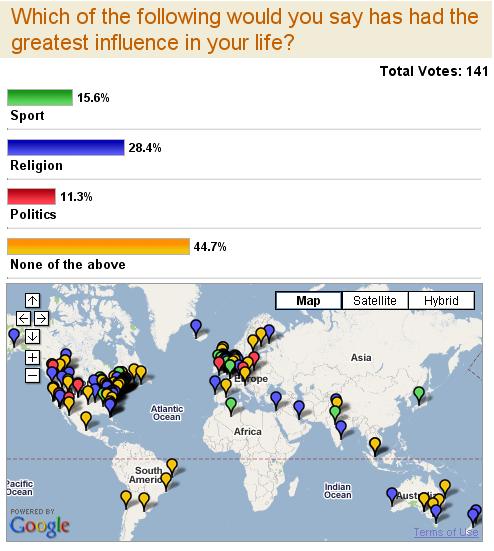 This is a little different from the typical poll here... if we discount the market, which we are all inextricably embedded within, which of the public spaces in our world has the greatest influence on your life?

Perhaps your weekly rhythms are dictated by the football schedule, or the demands of following your baseball team. Or you might play in a local sports team, or have some other connection to the sporting world. If so, Sports might be the public space with the greatest influence on your life.

Or perhaps you go to a church every Sunday, or a synagogue on Sabbath, or a mosque to offer salat, or a temple of some other kind. Or you might be influenced by religion but never attend any public space - either way, Religion might be the public space with the greatest influence on your life.

Or maybe you are someone for whom the machinations of the political world hold your interest better than sports or religion. Or you might be a political activist - a campaigner for this-or-that cause. In which case, it might be that Politics are the greatest influence on your life.

Which public space has been the biggest influence in your life?