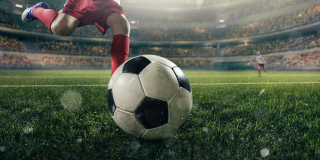 What a interregnum it has been this time... my last substantial post was on May 4th, which was more than four months ago. I've not gone four months without blogging since I started back in 2005. But now it's time to get back to the Republic of Bloggers before November rolls around and it'll be time for my Autumnal social media break once more!

This is also my first snippets since 2016, five years ago. Can you believe this used to be a regular feature here? Of course, that was back when people followed blogs rather than blocking one another on social media(!).

You’ll hear all sorts of crazy things coming out of the games industry at the moment, largely because the ‘social games’ bubble has burst, and so everyone’s talking VR, because that bubble is still being blown. No-one, in my view, has a clue about the shape of the market in 2 years time, let alone 10 years. But that doesn’t stop speculation. Here’s the best and worst of what’s out there, along with some annotations.

*Actually, I really enjoyed this game, even though it was just about bombing blocky battleships with a blocky helicopter.

You might have noticed a little game came out recently called No Man’s Sky. If you didn’t, you must be trawling a different part of the internet from me because I have been invaded, cajoled, frustrated, and panhandled by No Man’s Sky ads so much at this point that I’m pretty committed to not buying it. Mind you, I had already swayed against since it’s not at all what I wanted – which is just a slightly more polished Noctis. For those of you looking to read something about No Man’s Sky, however, here’s the roundup:

Is the opening image from No Man’s Sky or Noctis? Actually, neither, it’s Frig’s mock ups of Noctis V, the sequel that doesn’t exist, as posted to Anynowhere. If you’re making a Noctis-style game, please do let me know, because No Man’s Sky just isn’t Noctis enough for my tastes.

Some stories from my blog cluster that caught my attention:

It’s been a while since I posted some snippets, and I thought it was time to get back to them:

That’s all for now! A new blog letter runs tomorrow.

Back to social media this June… it is not a transition I am looking forward to, but I’m sure it won’t be so bad once I get over the initial terror at reconnecting to the hive mind.

What’s in store this June? Find out tomorrow…

Thrilled to report that the blog is not dead, it is just under pressure from conventional social media. I have recently been enjoying my greatest extent of cross-blog conversations since the previous decade – and I’m loving it! Here’s what’s been happening…

Once upon a time, I did a snippets every week. I'd like at least to get back to doing them every month if I can. So without further ado, here are my idle thoughts:

More nonsense just around the corner!

The Calm Before the Storm

With a new baby approaching at the end of this month, I am about to go on Paternity leave. I will tie up the blogs when my leave begins, for now I am working hard on finishing up the script to Shadows: Heretic Kingdoms, and arranging the first voice recordings (more on this soon!). Here’s a few snippets to keep you going:

Something to say to me? Comments and blog-letters are always welcome!

On the Verge of Beginning to Finish

Still more swamped than a drunken Cajun fisherman who mistakes a log for his boat. But I can see the light switch at the junction nearest the end of the tunnel, even if no actual light is reaching my retinas at this precise moment in time...

So close to wriggling free of my obligations – expect far more frequent and regular bloggery from me this Summer!