No substantial blogging this week as I seem to have left an important part of my brain somewhere over Greenland. Hopefully the airline can deliver it to me soon enough… 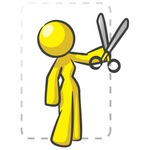 After almost two years of absence, may I present the return of Only a Game’s Snippets – which I offer in place of anything more substantial this week, since the one thing this vacation has not provided me is time! Although it has been great to catch up with distant friends, there is something inherently draining about trying to meet with so many people in so many places in so short an interval of time, and having a two-year old with us only makes it harder. Still, nothing worthwhile comes about without effort, and life is good even (especially?) when it is exhausting.

More from me when I’m back in the UK and recovered from my travels, although I shall monitor the comments when I get a chance so don’t hesitate to drop me a line – I’d love to hear from you on these or any other topic!

Over on ihobo I made a few announcements that I’ll cross-post here:

Cross-posted from ihobo.com, comments accepted on both sites.

Games, I Remember Those...

Been a while since I posted a round-up of anything game-related, principally because I have been thoroughly disinterested with videogames recently, as they increasingly feel like work and not play.

The whole of Manchester is buried under a carpet of white right now, and I'm gradually digging myself out of both the email and the snow, as well as clearing the spam out of the virtual gutters here at Only a Game. I'll try and do comments this week, and it should be blogging as usual next week, with a bit of luck. In the meantime, here's a picture of Boomer enjoying the snow, and a few snippets.

A few plugs for things that are going on, or games that are out there in the ether:

It's been a while since I've had time to look at demos and the like, but I finally made time this weekend to do so. A few thoughts:

Off to the States for a month on Friday, so this week should be the last blogging week until April. See you in the comments!

The Clanking of Gears

The shock of the return to work has rather thrown me sideways, but rest assured I am getting prepared to return to normal service next week. I'll be wrangling comments this week, and a few other housekeeping tasks. In the meantime, here are a few snippets...

Here are where my comments went this week. I couldn't pick one to focus on, so here's the lot. (Extracts are from my comments, not the post itself):

Hmmm... I spent much longer on comments this week than usual, and commenting on six different blogs in one day is a rarity when I'm already busy. What was I thinking? Now I have too many dialogues to have any hope of monitoring them all... Oh well, this is a new experiment for me, and I'm sure it'll settle down in time.

Have a great weekend everyone!

You Have 61 New Messages

Back from Cornwall and Leipzig, and I have been inundated with comments! Sitemeter tells me it all kicked off on Friday 16th, when more than a thousand people breezed through, probably for the Round Table. I will work my way through the comments in just a moment - I'll answer any questions, but may have to skip over some of the discussions for brevity!