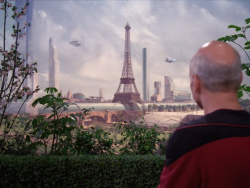 Here's your monthly WAM round up for November: 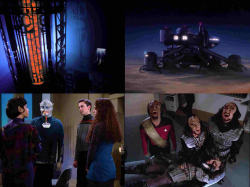 Here's your round up of the October WAMs: 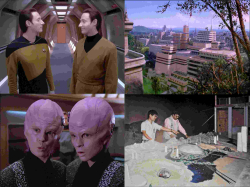 Here's your round up of the September WAMs: 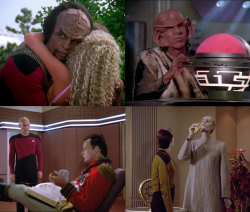 Here's your round up of the August WAMs: 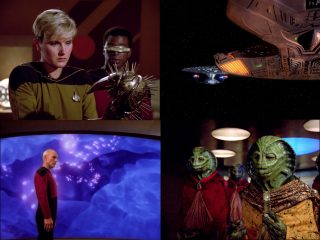 Here's your round up of the July WAMs:

Earlier this week over on WAM TNG, "Encounter at Farpoint, Part Two". Here's an extract:

The most interesting word-drop in this script is Picard name checking 'Ferengi'. For the longest time I assumed that all this talk about them eating their enemies was just because they hadn't worked out who this alien race was supposed to be yet. But no. It turns out that because the Ferengi were originally going to be super-evil in order to replace the Klingons (they're our friends now, dont’cha know), this idea that they would eat their enemies was intended to paint them as dark as possible. Of course, by the end of Deep Space Nine, Ferengi society is busy transforming into a 90s liberal fantasy of the what the United States could be if only US liberals weren't utterly incapable of negotiating social changes with conservatives, so in retrospect this throwaway line looks rather uncomfortable. But this is season one of TNG. It's going to get a lot more uncomfortable than this!

You can subscribe to the newsletter over at the WAM TNG Substack.

Encounter at Farpoint, Part One

Over on WAM TNG, the very first WAM ran this Wednesday, for "Encounter at Farpoint, Part One". Here's an extract:

It's fair to say that until Sternbach and Okuda sat down and thrashed out canonical rules for how TNG shields work, the show's writers were still operating in the same woolly space that allowed Decker in Star Trek: The Motion Picture to say "Recommend defensive posture, Captain: Screens and shields," a statement that has mobilised fans to all sorts of interesting retconnery and fanonising in order to make sense of it. I love that we do this... but the explanation for this and so many other inconsistencies is that writers only borrow the technobabble for narrative reasons and don't ever truly understand it - certainly not in the way that fans do. There is no logically consistent world in which all these contradictory statements make sense, there's only the scripts and the circumstances behind them. It is we, the fans, who force it all to make sense.

You can subscribe to the newsletter over at the WAM TNG Substack.