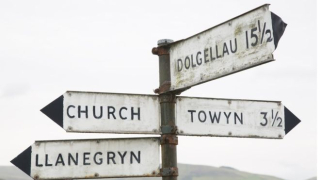 As we head for our final Alpha version of the game, I've updated the Advisor Generator to expand the range of names, including adding new Celtic columns to the name tables for Advisors from Roman Celtic regions like Britannia and Germania.

In building the list of names, I included some from the Welsh language... but I'm not sure about this. It is possible (for instance) for a Roman Guide from Germania to have the name 'Elisedd', which is not historically accurate. I could restrict the Welsh names to Britannia, but it would be quite a bit of work as it would need an entirely new set of name columns just for that one region, which will be awkward to thread up in Excel.

Do you think we should include Welsh names in our name tables? Let us know!

Welsh names would be really cool. I am not sure it would be worth the amount of work implied though.

Hey Robert,
Thanks for sharing your view! To be clear: it's easy to keep the Welsh names if I don't do anything clever to ensure they are only used for Britannia. They're in the name tables already. It's just getting them 'honest' that's the problem. Knowing that anyone cares about getting Welsh names into the game makes me want to keep them, even if there's a risk of them cropping up in strange places. :)

Well I definitely think they should be included then.

I noticed this was your only comment of June, it must get lonely posting into the apparent void, I will try to comment more regularly so there's some feedback, even if I'm just one guy. (I haven't been following in the past, but I backed the game on Kickstarter.)