Completed the Traveller and need some help with the harder Destinies? Check out the new Advanced Advisor Guide, with tips, tricks - and potentially spoilers! - about getting the most out of your caravan of seven Advisors.

Check out the Guide on Steam!

Not completed the basic game yet? Don't forget there's still both the guide to Your First Game of Silk, and the awesome Unofficial 1986 Retro Manual to help out. And of course, if you're not using the Manual and Almanac, you're doing something wrong!

Become the first player in the world to complete all the Destinies to win! 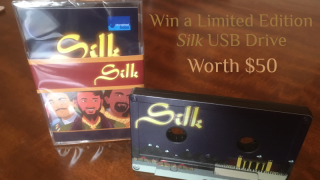 You can win one of these exclusive, Limited Edition Silk USB drives, previously only available to high-tier Kickstarter backers, in a special competition for all Silk players! The Limited Edition USB drive will never be available to buy again, and is one of only seventy that were made, each valued at $50.

The Limited Edition Retro USB is styled to look like a 1980s videogame cassette, and contains:

The winner is the first player to have posted in the Steam Discussion Forums or the ihobo games Discord server with screenshot evidence that they have beaten all four Destinies in the game - the Traveller, Rebel, Warlord, and Noble.

To claim the prize, you should submit the following screenshots for each victory:

Feel free to submit screenshots for each Destiny as you complete them! We'd love to see how you're doing. There's no end date for the competition - we'll keep it running until somebody wins.

Note that ihobo games reserves the right to ask follow up questions of the winner to confirm that they haven't been faking it... victory means nothing without honour.

Good luck, and may your nightfall not be troubled by storms!

ihobo games Cross-posted from Steam; the Discord server option is included here but not mentioned in the Steam announcement. You can also contact us through other means, including this devblog - as long as you can demonstrate your victories, and answer any questions we might have, that's the important thing. 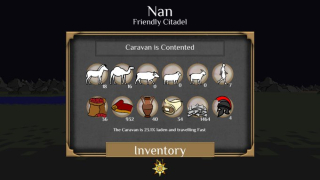